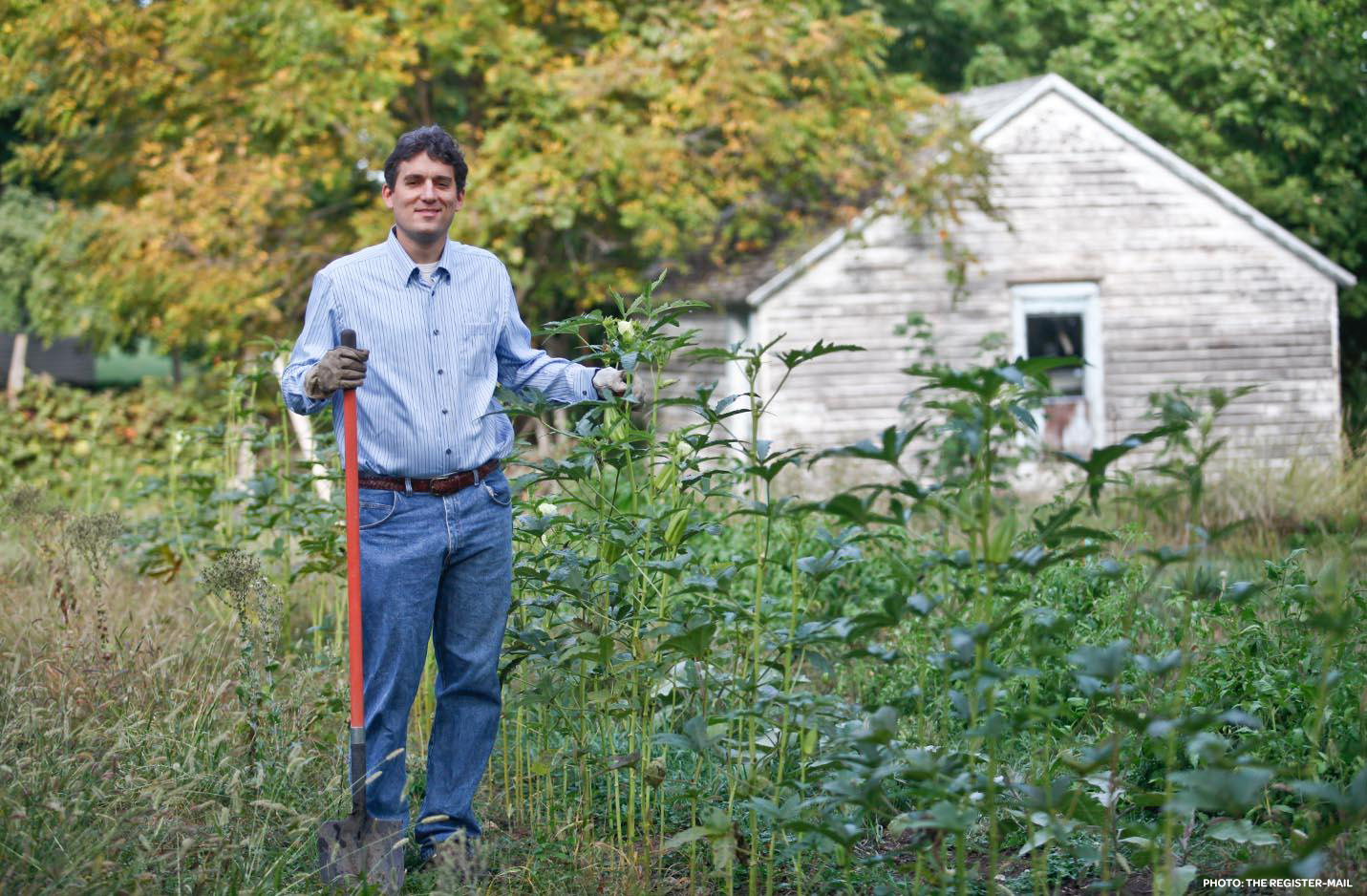 In 2011, Peter Schwartzman was elected to his ﬁrst four-year term on the Galesburg City Council — ﬁnishing ﬁrst of three candidates and defeating a local favorite (retiree of the Fire Department). In 2015, Schwartzman had one challenger. This year he ran uncontested – and all in a city where all the rest of the city council seats are held by members that are generally political conservative.

“I think people know that I am honest, approachable, empathetic, visionary and hard working,” Schwartzman told Green Pages after his re-election.

In his ﬁrst term, Schwartzman convinced his city council colleagues to place a renewable energy aggregation option on the ballot. Passed by the residents, this has led to the City buying 100% renewable energy on behalf of its residents and municipal facilities, and already saving $5 million over six years.

In his second term, Schwartzman led a successful effort for the City to take advantage of a new state renewable energy subsidy program to establish a large-scale solar array that will provide the City all the electricity necessary to send its aquifer water (from 30-miles away) to city residents. This energy has historically has cost Galesburg approximately $400,000 a year, but this solar shift is expected to conservatively save the City several million dollars over the next twenty-ﬁve years. Because of Schwartzman’s actions. there are additional plans to install two more large scale solar arrays to provide power to the City Government’s operations, and to local hospital, colleges and residents.

And what is the historical context for Galesburg, that they are accepting of his green ideas?

“Galesburg has a long history”, explains Schwartzman. “Located 30 miles east of the Mississippi River and 180 miles Southwest of Chicago, Europeans moved into the area after natives were summarily removed after the Black Hawk War of 1832. Knox College began in 1837 the same year that the city incorporated. Galesburg has a progressive history as it was a destination for former slaves (on an Underground Railroad pathway) and boxcar workers from Central America as well as the home town of Carl Sandburg. Recently it lost Maytag due to globalization but it is making a bit of a resurgence with hard work and Midwestern spirit.”

Which makes Schwartzman’s success that much more interesting, with residents seeing his green energy programs as part of their local economic vitalization—kind of a Green New Deal.