Politics and music stay in the family

Brendan Phillips can be described in many ways. He is a stay-at-home dad of two boys, musician and DJ, activist and grandson of musician/dissenter, Utah Phillips. The 34-year-old was also Green Party write-in candidate for Utah’s Congressional District 3 special election this fall.

“I began organizing at the young age of 17 years old.” Phillips said he never channeled all of those experiences into politics until 2016, when I was inspired by the Bernie Sanders campaign. “Prior to that, I was largely non-participatory. I felt elections were a sham…I felt my vote was a wasted effort. The Sanders campaign showed me a grassroots effort can indeed have an impact at the ballot box.”

Much of Phillips’ passion for politics is not coincidental and can be attributed to his grandfather, legendary folk singer and labor organizer Bruce (Utah) Phillips. “My grandfather ran for U.S. Senate in 1968 on the Peace and Freedom Party ticket. He was an anti-war activist and champion for the working class.” Also like his grandfather, Phillips has a deep love for music. “My dream would be to one day own a record store which would serve as a social hub for local musicians, producers, and DJs. I got my first guitar at ten years old, and played my first gig in a bar at eleven.”

Nothing inspires me more than seeing different folks, from different walks of life, coming together in solidarity to fight for the common good. 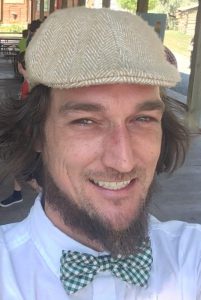 Though Phillips is an active Green Party member, he had to run as an Independent candidate in the special election for Utah’s Congressional District 3 in November. The Green Party of Utah had not yet achieved ballot access at the time of the filing date.

Phillips became attracted to and joined the Green Party because of its platform. “It is the ONLY party whose platform aligns almost perfectly with my ideals. The Green Party rejects war, oppression, and capitalist exploitation. The party supports grassroots democracy, social justice, environmental stewardship, and non-violence. The party offers a perspective and platform that compares to no other party.”

Phillips was the driving force behind the petition to get 2016 Green Party presidential candidate Jill Stein on Utah’s ballot. At the time of the presidential election, Utah did not have an active Green Party, however, Phillips was instrumental in reviving the Green Party of Utah. After a year and half of recruiting members and heading up the petition drive to achieve ballot access, the party reached the requirements of Utah’s ballot access laws and became an official party with the state.

The party’s first annual convention was held in June where Phillips was elected to serve as one of two national delegates to the GPUS National Committee and government liaison for the Green Party of Utah. He also serves as secretary of the Young Greens of Utah and is a co-chair of the National Green Party Youth Caucus. He is also the Northwest regional coordinator for the GPUS Ballot Access Committee.

“I have marched/rallied for countless issues ranging from healthcare, tribal sovereignty, police brutality, air quality, war, and many more. I have actively lobbied on capitol hill for bills relating to land use, Bears Ears, voter privacy, election reform, and social justice.” Phillips serves on the Board of Directors of The Long Memory Project, an effort to restore the “barn”, which was an old caboose that served as his grandfather’s recording studio. Phillips is also the secretary of the Tooele County Historic Preservation Commission.

Phillips identified seeing grassroots democracy in action as the most positive thing about working in the Green Party. “To see solidarity and direct action unite the people is an inspiring experience, and it is this experience that oftentimes keeps me going. When you can gather with those fighting for the same things, stand together in solidarity, and collectivize your energy….it can be very powerful, inspiring, and change-making. There is nothing more inspiring than seeing collective direct action directly influence change.”

“The most un-American thing you can do is to stifle dissent.” — Utah Phillips 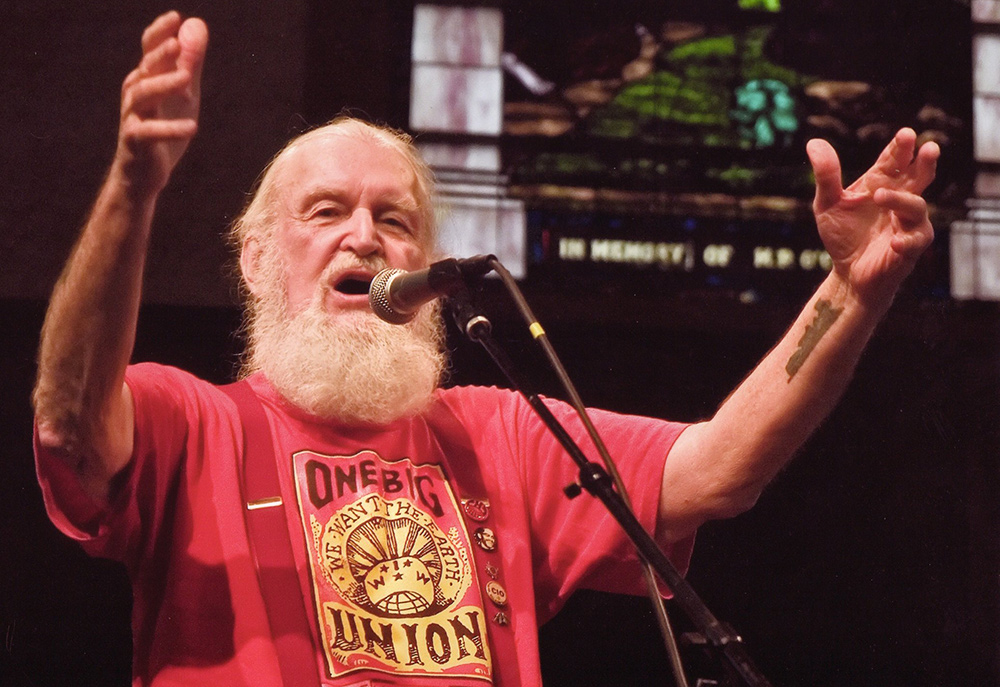 The greatest difficulty as a Green for Phillips is dealing with his own fear and self-doubt. “Politics are dog eat dog. They are designed to keep the average guy out, and the status quo in place. People like me are mocked and intimidated, and encouraged to simply butt out. I often feel like a fish out of water, which is exactly how the establishment wants me to feel. They want me…to return to my non-participation. Sometimes it’s hard to convince myself I am doing the right thing.”

One of the most crucial issues facing the Green Party, from Phillips’ perspective is restrictive ballot access legislation. “I also feel that other crucial issues we face include billions of dollars in private interest money, and corporate biased media. These things keep the corporate backed oligarchy in place.”

Phillips states that an organized strategy to combat these crucial issues must be developed. “That can be done through electoral reform, utilization of independent media, and well-organized state parties. We must fight to get big money out of politics, and loudly call out those who accept this money.”

He describes the most rewarding part of being a Green. “Nothing inspires me more than seeing different folks, from different walks of life, coming together in solidarity to fight for the common good.”

Phillips carries his family legacy true to the words and music of his grandfather through the history upon which he continues to build quoting Utah Phillips, “Yes, the long memory is the most radical idea in this country. It is the loss of that long memory which deprives our people of that connective flow of thoughts and events that clarifies our vision, not of where we’re going, but where we want to go.”

Previous Article
What would Green tax reform look like?
Next Article
This red state is turning Green