On the necessity of the Green Party addressing adultism 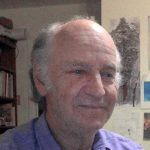 By adultism I mean treating children and young people with less than full respect for their humanity. That this is a problem in our culture should be clear enough from the fact that children are the only humans in the society who can be hit with impunity, and indeed, adults are encouraged to do so as a way of seeing to it that they “learn right from wrong,” learn to respect their elders, and cease their “bad behavior.” The practice is so prevalent and accepted in our culture that nearly 90 percent of people surveyed will tell you that a little spanking is necessary every now and then to maintain discipline, even though there is ample evidence that corporal punishment, even in its lightest form of an occasional spanking, is harmful to children and produces no positive effect on behavior.

It is necessary to take on adultism in the culture, not only because of the harm being done in an ongoing way to children, but also because the dysfunctional aspects of our politics that arise from the mistreatment of children make progressive politics nearly impossible. The tendencies to see things in terms of good and bad, others as enemies, and to punish those we hold to be ‘bad’, are regarded as unobjectionable and righteous when applied to children. These attitudes have become internalized in adults for whom growing up being punished for being ‘bad’ was a way of life.

I would suggest that progressive politics needs to be based on the assumption that love is the ground of being of all human beings, that there are no intrinsically evil people, and that the differences between us that lead to conflict are there as the result of growing up in an oppressive culture. That culture is internalized through misinformation and mistreatment at an early age. The mistreatment has systemic aspects that serve to reinforce racism, sexism and deference to the upper classes, the latter through the destruction of our inherent sense of self-worth, to be replaced by an endless striving to be ‘good’ enough. If we are to end these “ism’s” in the culture, we will have to stand against adultism, the means by which they are installed in us as children. If we intervene now, the children being born today will be far more able to create a world out of their love for it, rather than their fear of others and authority. In the short term, let us stand for making corporal punishment of children illegal, (as it is in 51 other countries). Beyond that, we need to stand, and be seen standing, for the welfare and full humanity of children, in every issue with which we are involved.

If we intervene now, the children being born today will be far more able to create a world out of their love for it, rather than their fear of others and authority.

There is also work we need to do on ourselves. We do not usually see the extent to which we have internalized attitudes about ourselves and the world as a consequence of the hurtful treatment we had to accept (from mostly well-intentioned adults) as children. These attitudes and patterns of behavior, limit our ability to think and cooperate with others. We hold on to our anger, resentment, sadness, embarrassment and fear from times when we felt powerless in relation to the adults around us. These past experiences lie in wait. The emotions and the coping mechanisms we put in place when we were children take over when something in the present triggers a hurtful experience of the past. When triggered, we fight with each other over perceived slights that aren’t intended, see people as antagonists to be dominated by better arguments, by outvoting them, by outmaneuvering them, rather than reaching for them to see what they are needing from us and their world.

We were not always that way. As children, before we got too hurt, we were willing to love and be loved by anyone we met. This is our inherent nature, covered over by the pain inflicted by a culture that didn’t know who we were. We need to take responsibility for our past hurts, not act on the feelings they evoke when triggered, and let the feelings surface to be released when it seems safe enough to do so. Healing is possible, and we need to find a path that works for us as we work to heal the society.

Here is something that works for me, reminding me of who we are. If you are up for it, try making warm eye contact with young children you meet. You will find they are mostly delighted to make contact with you, and I am guessing you will be delighted with them as well.

How to get Universal Health Care
Ursula Rozum January 6, 2018