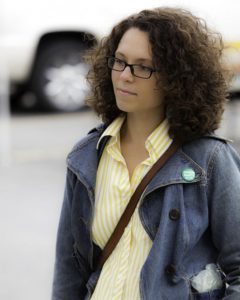 Universal health care is a political idea which is finally getting the attention it deserves. There are now single-payer healthcare bills in several state legislatures. At the national level, the Improved and Expanded Medicare for All Bill (HR 676) has more Congressional cosponsors than any previous year. The 2018 campaign season is well underway and the future of healthcare will be a primary election issue across the country in state and federal level races.

A commitment to establishing a universal, public health program runs deep in our Green Party DNA. The Green Party has always had the right position in support of universal health care but how can we move beyond being right and holding the right position to building the power necessary to transform the healthcare system into one that is human and democratic?

Many self-described progressives are already familiar with the concept of “single payer” health care. “Single payer” refers to the process of paying health care providers. The idea is simple: 1) people and businesses pay into the healthcare system (the more money you have, the more you are asked to contribute) 2) the government administers a public health care fund to pay doctors and hospitals and 3) everybody is covered. Universal, single-payer health care is on the radar of those who are engaged in political activism and who are organized in some sort of organization. National and state level single-payer bills are endorsed by labor unions, faith communities, physicians organizations, and community groups.

Missing from the movement to pass universal health care are those most impacted by the disparities fo the system: immigrants, people of color, the poor and working class.

To build a movement that can win universal health care, the next step is to engage those who have the most to gain from transforming the system and bring them into the leadership of this fight. But how?

Health care is an issue that impacts all of us. Everyone has a personal health care story to share and our personal experiences are the most powerful tool we have to put the current market-based health care system on trial. Sharing our health care stories is a first step in exposing the degree to which the current system erodes our human dignity and creates unnecessary emotional and financial distress. Asking people about the challenges they have faced is a powerful way to raise consciousness about how the current system is broken and to invite them to join in the fight to advocate for the system that meets our collective needs. Because everyone, regardless their political ideology, utilizes the health care system and has loved ones who use the health care system, sharing about our experiences is a way to build trust and bridge political divides.

Asking people about the challenges they have faced is a powerful way to raise consciousness about how the current system is broken.

The New York Health Act would be paid for by progressively rated taxes. Employers will pay 80%, employees pay 20%. People who earn less than $25k/year pay nothing. It will costs less than current system because we will save money from not paying high administrative fees to private insurance companies and because New York will be able to negotiate for much better rates with drug companies. Also, when we don’t have to worry about “user fees,” the out of pocket costs associated with going to the doctor, we’re more likely to go in for wellness visits, catch health problems early, and need less specialty or emergency care.

Disagreements exist within the healthcare reform movement and in the Green Party of the specific demands that we should be making, whether to fight for a bill at the state or the federal level. When we shift our organizing to focus on the challenges and struggles we face in the current system, the stories we tell and the relationships we build will be valuable for fights at both levels. The opposition, led by the insurance and pharmaceutical industry, claims that universal health care would be too expensive and that it could never work. We know that the opposite is true, that the current system is inhuman and unsustainable and does not work to meet our collective health care needs.

As mainstream political support grows for universal health care bills at the state and national level, it becomes more and more likely that political elites will try to push through legislation that in name, claims to be “universal health care” but really does not transform the system in the way that is necessary to establish a sustainable system that reigns in costs and guarantees care for all. In New York, the campaign to pass the New York Health Act developed the following principles to help frame our demands:

Universal: Everyone is included and can meet their healthcare needs and there are no out-of-pocket costs (also known user fees).

Comprehensive: Full benefits, choice of doctor and covering all medically necessary care as determined by the patient’s health care professionals.

Equity: Funded fairly, based on ability to pay, with access to high quality care assured for all and everyone, regardless of income or wealth, is covered by the same health plan.

Accountability and Transparency: The people running the plan will be accountable to the public and the health program will be run according to public policies and laws.

Participation: Everyone has a meaningful voice in decisions that impact us all.

Public opinion is on the side of universal healthcare and it’s steadily growing. According to a June 2017 Pew Research poll, 60 percent of Americans say the federal government is responsible for ensuring health care coverage. Winning universal health care will be liberating for the vast majority of Americans. It’s a reform that will shift power to working class people who will no longer be tethered to jobs just for the benefits or at risk of losing life savings due to an illness. Few issues allow us to connect with as many people as when we discuss health care. Organizing around our health care experiences is key to building strong local movements that will help us win the right to health care and the many other changes we wish to see in our communities.