January 2022 marks the 101st birthday of Murray Bookchin. He is the pioneering thinker, author, educator, and activist behind the political philosophies of social ecology and libertarian municipalism, and a huge influence on the foundation of the US Green Party and the global Green movement.

Bookchin often spoke of the need for radical study groups and political education as the first step to building a revolutionary movement, so it seems a fitting tribute to share a summary of his work and history with the Greens in hope of inspiring and educating a new generation to take up the challenge of building an ecological society.

Born in 1921 and growing up in New York City, Bookchin became interested at an early age in socialist organizing and found himself delivering public lectures on socialism while fighting the American Nazi movement in the streets as a teenager in the 1930s. However, Bookchin quickly found himself disillusioned by the post-World War II Left, especially its lack of an answer on growing concerns about environmental and ecological effects of modern industry. Over his lifetime he instead developed a new path for the Left based in socialist organizing with an ecological ethics and framing — a “social ecology.”

Bookchin in the 1950s was among the first to analyze the impacts of industrial pollution, corporate agriculture, and nuclear energy, drawing the insightful and radical conclusion that social crisis under capitalism was the root cause of these ecological crises. Bookchin even predicted in the 1960s the danger of climate change, and argued for the need to end the capitalistic “grow-or-die” economic imperative. His analysis and calls for a radical, revolutionary ecology greatly influenced the Left. This can be seen by the adoption of many of his ideas and even the language he used to talk about human society and nature into many environmental movements in the 1970s. Organizations like the Clamshell Alliance adapted social ecology principles by creating their internal organization as a decentralized democratic structure, and successfully used non-violent, escalating direct actions to call attention to and ultimately halt the growth of nuclear energy in the US. The success of these grassroots movements, and tactics based in social ecology, directly led to the foundation of the Green political movement around the world which started first in countries like Australia and Germany before coming to the US in the 1980s.

Bookchin’s Institute of Social Ecology hosted the first meeting about starting a US Green Party in Minnesota in 1984. Together with Howie Hawkins, he founded the Left Green Network that argued for this new “anti-party party” to be based on the ideas and strategy of social ecology. While Bookchin ultimately split with the Greens over disagreements on strategy, particularly his insistence on radical municipalism instead of national electoral campaigns, the ideas of social ecology still had a profound influence on the first Green platform and the founding of the original Greens/Green Party USA in 1991, and many of those ideas were brought over to the Green Party of the United States when it was founded after Nader’s presidential run in 2000. For example, social ecology articulated several key guiding principles, including direct democracy, non-hierarchy, respect for diversity, decentralization, social justice via a radical inclusive humanism, and a call for a new moral economy to replace profit-driven capitalism; it isn’t hard to see how these evolved into the Four Pillars and Ten Key Values that guide the party today.

Bookchin’s ideas not only influenced the foundation of the US Greens, but even influenced several international movements. Rojava, the Autonomous Administration of North and East Syria, has governed itself via a confederal, directly-democratic structure and set of values adapted from Bookchin’s writings by Abduallah Ocalan, providing a fascinating experiment at implementing some ideas of social ecology in the real world.

The recent International Panel on Climate Change report contained dark predictions, yet with room for hope; the current path under global neoliberal capitalism is unsustainable and will rapidly lead to climate catastrophe, however, it is also clearer than ever that it is not yet too late to act. An urgent mobilization over the next decade still has the ability to not only stop the worst of climate change, but even start rolling back changes over time – if we act quickly enough, and at scale. In other words, we need an Eco-Socialist Green New Deal that shifts our economy more toward a moral, ecological economy directly controlled by workers and communities, and we’re going to have to do it ourselves, be our own heroes, because capitalism and corporate politicians won’t – and fundamentally can’t – do it.

We should all step back a moment, and learn and discuss Murray Bookchin’s social ecology, and how those ideas may apply to a 21st century Green Party fighting to build popular power via a uniquely Green combination of direct action, electoral campaigns, and dual power municipalist institutions. I can’t think of a better way to discuss the possibilities and start organizing than to form a discussion group in your community — I hope you’ll join me in doing so. 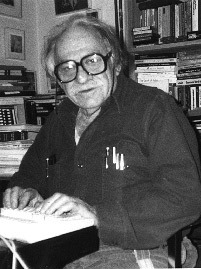