An Editorial by Kevin Seal, Green Party of California

Occupy Wall Street’s first birthday is weeks away. As a previous Green Pages commentary has discussed, the ideals of many Oc­cupiers appear to have much in common with the Ten Key Values of the Green Party, and many Greens are involved with and have endorsed Occupy.

What will it take for Greens and Occu­piers to work together openly? Here at Occupy Oakland, any suggestion of a Green vote usually met with an objection. Protesters would often cite one of the following statements, or a version thereof:

As for the first point, until the 14th Amend­ment is altered to clarify that corporations are not people and that money does not equate to free speech, this is an uphill battle. Groups like Move To Amend are doing excellent work, but there is a long way to go, and those groups need our support. Along the path of that struggle, however, wasting an opportunity to raise one’s voice in ballot form is a fool’s errand. Our political adversaries may take every opportunity to disenfranchise elderly voters, disadvantaged voters, and people of color, but this is all the more reason to insist that each of us votes—even if we fear that the fix is in. It is considerably easier to contest a tampered election if the exit poll­ing indicates a much different set of numbers; if some of us refuse to vote, then our unified argument weakens.

Admittedly, some of these points are difficult to argue—redistricting and gerrymandering makes the electoral college question tougher than one might think, for example. If you have a suggestion on how to counter any of those points, please comment at the Green Pages website.

As for the last two points, both are best answered with the Fifth Key Value: DE­CENTRALIZATION.

Decentralization, much like horizontal organizing and true governmental transparency, is a revolutionary value for a political group in the United States. Having the majority of tax revenue going to local governance is tantamount to revolution. Having control of schools and access to health care handled at the local level is radical change.

The last point is simply false. I have never met a Green who supports Agenda 21, (the 1992 Rio Declaration on Environ­ment and Development, and the Statement of principles for the Sustainable Manage­ment of Forests). On the surface, Agenda 21 promotes sustainable communities, and ap­pears to be largely in line with the Ten Key Values. However, it is a top-down solution rather than a grassroots solution. For sustainable communities to flourish, people need to build them from the roots up, and a mandate from the UN Secretary-General is not only in stark opposition to the Green position on decentralization, but anathema to the horizontal organizing and local autonomy which Occupy advocates.

Additionally, many Occupiers fear that Agen­da 21 concerns itself with limiting population growth. Chapter 4.6 includes the sentence, “More needs to be known about the role of consumption in relation to economic growth and population dynamics in order to formulate coherent international and national policies,” which some have interpreted to mean that the United Nations plans to announce a formal position regarding “population dynamics.” Some Occupiers fear the UN wishes to adopt a policy on family planning, similar to that which China has implemented.

Let’s look again to see how the Greens wrote this Fifth Key Value in 2000:

DECENTRALIZATION — Centralization of wealth and power contributes to social and economic injustice, environmental destruction, and militarization. Therefore, we support a restructuring of social, political and economic institutions away from a system, which is controlled by and mostly benefits the powerful few, to a democratic, less bureaucratic system. Decision-making should, as much as possible, remain at the individual and local level, while assuring that civil rights are protected for all citizens.

In California, that desire for decentralization means that we Greens push for a state bank. The Green Party’s presumptive 2014 candidate for California State Controller, Laura Wells, urges that a State Bank of California would minimize our people’s dependence upon Wall Street for investment and credit. Wells points to the ex­am­ple of North Dakota’s state bank, which has been running successfully since 1919.

On the local level, the Green Party is running two candidates for Oakland’s eight-member City Council who are showing tremendous promise: Theresa Anderson and Don Macleay. Macleay has been actively involved with Occupy Oakland for many months, and both he and Anderson are vocal supporters of decentralization.

As Occupy Wall Street and the thousands of networked Occupy demonstrations across the world graduate from the kindergarten year of 2011-12 into the first grade of 2012-13, it will be key for Greens within long-established international and national networks to stress how crucial it is that we decentralize the power of our government.

For the most part, Greens missed an election-year opportunity by hiding their lights under bushels during Occupy’s inspiring kindergarten. Many Greens involved themselves in the Occupy movement, but were reluctant to present themselves as Greens. If there is a chance for these two revolutionary forces to join together, that chance rests in one key shared value: the transformation of federal power into local power. 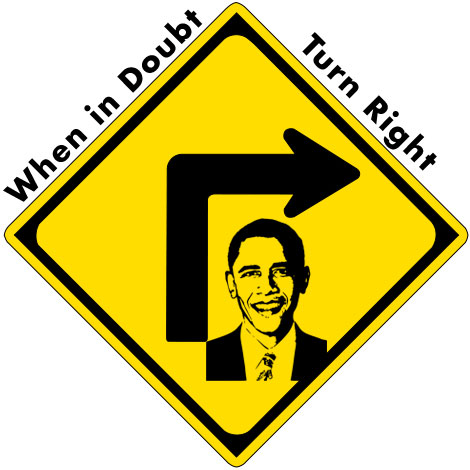 Let Obama lose — and open the door for a third party
dadoonan September 25, 2012