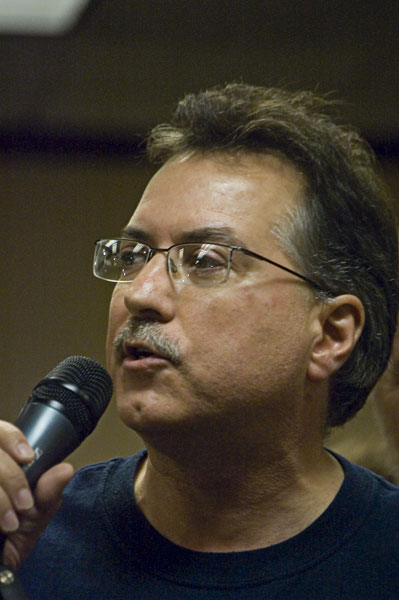 Dr. Anthony Affigne, a professor of political science at Providence College, a visiting professor of ethnic studies at Brown University, and Green Party member since its founding, was ap­pointed as a commissioner of the Coastal Resources Management Coun­cil (CR­MC) of Rhode Island by Gov­er­nor Lincoln Chaffee in May, 2011.

Dr. Affigne sees this as an opportunity to review the effects of climate change on the coast. In a Green Pages interview in 2009 (“The Color of Green“) he said in response to a question about the most pressing issues, “Well, according to the scientists who wrote last year’s IPCC (Intergovernmental Panel on Cli­mate Change) report, and who’ve up­dated its findings recently, the world has about ten years to dramatically re­duce greenhouse gas emissions if we’re to avoid a “tipping point” and catastrophic climate change. I’d say that’s a pretty important issue!”

Having served on several public boards in Rhode Island in the past, Affigne now is on CRMC, which deals with tough divisive issues such as pier extensions, sewage treatment and water run-off, and beach erosion and its causes. Climate change is likely to affect many of these issues, which may come before the CRMC.

Recently the council rejected a petition by the town of South Kingston to re-classify a section of beach as manmade, which would have allowed the town to erect more manmade structures in its attempts to prevent beach erosion. The town argued that enough manmade alterations had al­ready been made to the beach to classify it as such. Affigne questioned that logic since those alterations, although done before the CRMC had been created, are not permissible under its rules. The majority agreed with his logic and voted against the request.

Serving on such bodies as the CRMC, puts Greens to the test in weighing Green ideals against the needs and wishes of bodies representing public and private interests. It could be said that reality is where things get complicated. Rhode Island Green Tony Affigne is gaining a wealth of experience dealing with such complications.