Despite the many knock-offs of the Green New Deal (GND) now being offered by Democrats, the Green Party’s real GND is the only plan providing a solution as big as the existential crisis we face. The need for the Green Party’s full-ﬂedged real GND is more urgent than ever, as the climate emergency grows more ominous by the day.

According to the National Oceanic and Atmospheric Administration, we’ve just had the hottest ﬁve-year period on record. Midwest farms have been underwater for months, while unprecedented monsoon ﬂooding is displacing millions.  Antarctic ice melt has accelerated ﬁvefold in two decades. The critical Thwaites ice sheet, which holds back the ﬂow of adjacent ice sheets into the ocean, has been discovered to contain a hole nearly the size of Manhattan, indicating risk of collapse that could raise sea level abruptly by 2 feet, followed by another slower 8-foot rise. Himalayan glacier melt threatens the water supply of hundreds of millions of people by 2030, and 1.5 billion people by 2100. This is the result of a one-degree Celsius warming, yet we’re now on track for 3-5 degrees by the end of the century.

Clearly, there is no time to lose. The IPCC report from the United Nations was overly optimistic— compromised by the polluter nations like the US and Saudi Arabia—in stating that we have 11 years left for effective worldwide mobilization to combat cli-mate chaos.

Unlike the Democrats’ watered-down spinoffs, the real GND contains measures needed for a response commensurate with the enormity of the problem. Only the Green Party’s GND provides an immediate ban on all new fossil fuel infrastructure, calls for the end of fossil fuel use and 100 percent renewable energy by 2030, and delivers an economic bill of rights. This includes a guaranteed living wage job, single payer health care, affordable housing, and free college tuition. It also calls for public ownership and management of the energy sector; 50 per-cent cuts to the bloated military budget along with democratized ﬁnance to provide needed funds; and democracy reforms to overcome the current corporate stranglehold on U.S. policy.

The U.S. Green Party began calling for a Green New Deal with Howie Hawkins’ 2010 campaign for Governor of New York. Scores of other Green candidates nationwide joined in the call. This was based on a similar, earlier call by the European Greens and other allies in response to Wall Street’s global ﬁnancial meltdown.

In 2012 and 2016, the GND was the centerpiece of Jill Stein’s presidential campaigns, bringing the proposal for the ﬁrst time to the U.S. national stage.

In 2018 the GND was embraced by Alexandria Ocasio-Cortez’s congressional campaign, though she failed to acknowledge its origins. It soared into national prominence this year when AOC joined the Sunrise Movement protesting at Speaker Nancy Pelosi’s DC ofﬁce, urging the House to set up a GND committee. Congressional Democrats rebuffed the effort and effectively put the GND on the shelf. AOC subsequently introduced a weaker resolution with Senator Markey. Many of the Democratic presidential candidates have since expressed support for a GND.

As more Democratic politicians and allied organizations adopt the GND branding, the details have become progressively weaker. AOC’s initial support for a 2030 target date morphed into 2050 in the joint resolution. Many Democrats just use the GND label to make the point that investing in renewable energy is a better way to create jobs than fossil fuels, while ignoring the 2030 deadline and the economic justice imperative.

Many workers are skeptical about a GND because previous promises for job creation have been unfulﬁlled, as the economy fails working people on a massive scale.

In response, the Green Party’s GND promotes an urgently needed ecosocialist transformation to prioritize people over proﬁt. This would end the capitalist pursuit of maximum private proﬁt, limitless growth, plunder of natural and human resources, and endless war in the quest for markets and resour ces. Instead, the real GND calls for fundamental system change including public, worker, and community ownership in a democratic con-trol of the energy system.

The Green Party’s GND calls for a World War II scale emergency mobilization. The federal government transformed a quarter of US manufacturing capacity during the war in order to turn industry on a dime to build the “Arsenal of Democracy”. This time factories must be put into the hands of workers and communities, not into the hands of the global elite to maximize their proﬁts.

The Greens would fund the GND by diverting at least 50 percent of the military budget, as well as with health care savings from the elimination of fossil fuels, a progressive carbon tax, and other taxes on the superrich as needed. The Green Party would turn our current Offense Department into a true Defense Department, and transform the manufacture of weapons into Green production including wind turbines, solar panels and energy efﬁciency technology.

A $250 billion military budget would still leave the US as the world’s largest military power. Eight of the next 10 biggest military spenders are US allies.

It is the poor — both at home and abroad — who are the principal victims of the climate change driven by the industrial polluter nations. As the leading historic polluter, the U.S. has a moral obligation to redirect substantial funds to cut global warming and assist the poor in surviving it.

Greens are rightly encouraged by the outpouring of public support for a GND. Now the survival of the Earth may depend on having this policy implemented to its full scope and urgency. To do so, a Green political uprising is needed. As the Democratic establishment, with the help of corporate media, shows all the signs of ramming another corporate centrist through their presidential primary, the failure of the two-party system continues unabated. With the prospect of another Demexit and a huge block of stay-home voters again looming large, that Green political uprising may be closer than it appears. 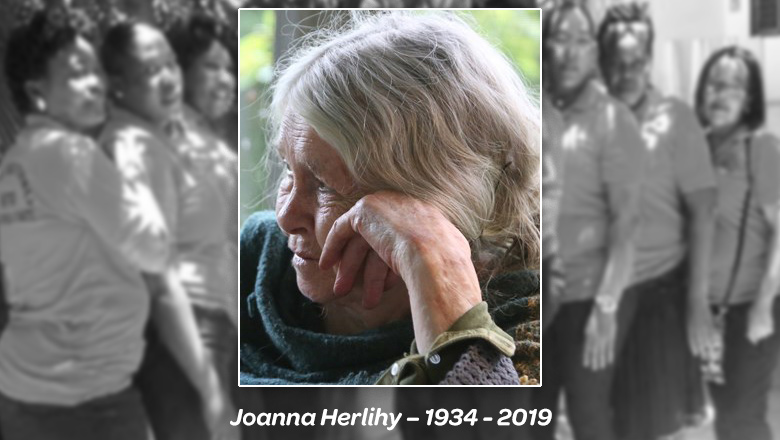