The proposed Back 40 Mine will poison Menominee County waters, members agreed at a recent meeting of the Green Party of Michigan (GPMI). They continue to support and promote a moratorium of metallic sulfide mining similar to a moratorium in Wisconsin.

Also known as the ‘Prove It First’ law, the mining law in Wisconsin has helped protect their North Woods for nearly 20 years.

The Back 40 Mine would involve sulfide ore mining only 60 to 100 feet from the Menominee River and would create an 83-acre open pit mine over 750 feet deep as well as 152 acres of tailings. It will impact not only the land and waters of the Upper Penninsula, but also those of bordering Wisconsin.

Metallic sulfide mining creates acid mine drainage that can persist for thousands of years, destroying entire aquatic ecosystems and leaving a lasting heavy burden for taxpayers. And the fact is, there’s never been such a mine that didn’t seriously pollute its surrounding waters. This kind of mining threatens our traditional lifestyle of hunting, fishing, and gathering from a healthy land. It threatens a sustainable heritage that goes back centuries.

Menominee County resident and mother Regina Chaltry said “The local communities around the Menominee River and Green Bay are joining together to stop this mine from happening, which is evident by the number of surrounding counties, cities, towns and Tribal governments who have passed resolutions against the Back 40.” 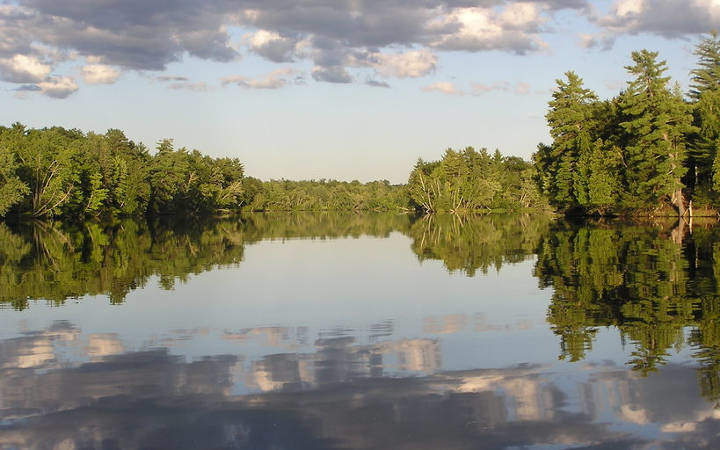 “Wisconsin passed a moratorium on metallic sulfide ore mining in the state in 1998 after enormous pressure from people all across Wisconsin on the pro-mining administration of Tommy Thompson,” GPMI member Linda Cree adds. “Unfortunately, efforts to repeal the moratorium have been launched recently by those hoping to develop a new mining district extend­­ing from northern Wisconsin and across the western Upper Peninsula of Michigan.”

Chaltry points out that the moratorium doesn’t ban mining. “All mining corporations really must do is prove that sulfide mining can be done without polluting ground and surface water. If this advanced technology existed, then that law would not even be an issue.”

“Also known as the ‘Prove It First’ law, the mining law in Wisconsin has helped protect their North Woods for nearly 20 years,” Cree said. “In 2006, GPMI passed a resolution calling for a similar sulfide mining moratorium in Michigan. Like Wisconsin, we’re a water-rich state that could be devastated by metallic sulfide mining and the inevi­table pollution it entails.”

For more information visit the Green Party of Michigan website at www.MIGreenParty.org.

Greens of the Americas meet in Cancun
dadoonan January 7, 2018