The Party’s commitment to clean money politics and real democracy has been a significant cause of two Maine State Representatives while in office to defect to Green. Henry John Bear and Ralph Chapman both joined the Maine Green Independent Party this fall, making them the highest-ranking elected Green officeholders in the country. 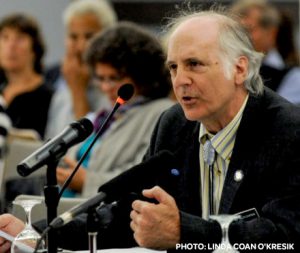 The Green Party does not accept corporate donations, in contrast to the Democrats and Republicans. In his fourth term serving District 133, which comprises Blue Hill, Brooklin, Brooksville, Castine, Sedgwick and Surry, Chapman decided to change is affiliation after lawmakers overturned citizen-initiated legislation particularly in regard to ranked voting and minimum wage increases. 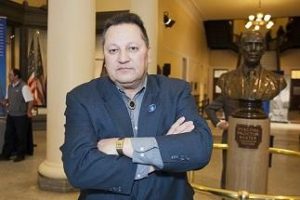 A month after Chapman defected, Bear also decided to join the Maine Greens. “I have found that our issues are very similar,” said Bear on why he joined the party, “especially on the issues of the environment and civil rights and sustainable economic development and income equity. I believe in health care for everyone who can’t afford it and I believe in ensuring that one person’s hard day’s work results in a living wage, enough for a house and a car payment, and food for her family.” Bear recently announced that he will be running for US Congress in 2018.

Bear has held office since 2013 and was the first elected member of the Maine House of Representatives on behalf of the Maliseet people of the Houlton Band. Like Chapman, he left the Democratic Party to join the Greens. Party co-chair, Jon Olsen said “We Greens have long understood that our values of ecological wisdom, stewardship, and social justice are congruent with those of the traditions of First Peoples in this land,”

Chapman also has a dedication to the environment and ecological sustainability. A scientist for more than 25 years, he has worked at Massachusetts Institute of Technology’s Lincoln Lab and Tufts University’s Electro-Optics Technology Center. More recently, Chapman has worked with United Technologies Center. His research concentrates on renewable energy and energy efficiency. He currently sits on the state Joint Standing Committee on Agriculture, Conservation, and Forestry.

“The Maine Green Independent Party is demonstrating, by its actions, how to behave as though the Citizens United Supreme Court decision were overturned.” — Ralph Chapman

Olsen thinks this may be the start of a trend for politicians to choose the Green Party. “We hope that other legislators of either major party will consider following [their] lead and that new aspiring candidates will do so as well. Toxic political environments, like physical toxic environments must be decontaminated.”

Maine has been a high point for the Green Party. Chapman and Bear follow John Eder in highest office holding Greens. Eder served two terms from 2002 – 2006 in the Maine House of Representatives.