Caught in the hurricane

This segment of a series focuses on stories of Green Party members who lived through two of the most catastrophic Atlantic hurricanes since 2005, Hurricane Harvey in Texas and Hurricane Irma in Florida. 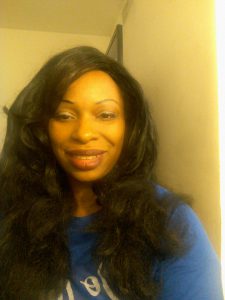 Joy Davis, a Green from Houston, recalls the buildup to the hurricane. “Houstonians began to prepare for Hurricane Harvey. Our Governor, Greg Abbott, told people to evacuate. Our Mayor, Sylvester Turner, told people not to evacuate and to shelter in place. We went out and purchased supplies to carry us over through the storm. The shelves had already begun to look bare. We were able to purchase our essentials. Water went from $3–5 per case to $17–42 per case. Luckily, I had stocked up on water days before. Gasoline prices went up as well. In the event you did not stock up before the storm, you were pretty much unable to get anything unless your neighbor had what you needed. In some cities, residents were told to write their names and social security numbers on themselves in case they needed to be identified after the storm.”

During the storm, however, evacuations became mandatory. “The flooding was catastrophic. Highways were submerged up to the highway signs on the overpasses and our roadways looked like rivers. It was not ‘all hands on deck.’ People were calling 911 to be rescued. Their calls went unanswered or they experienced long wait times.” Davis described how Houstonians turned to social media to use apps like Zello, sending out emergency requests for rescues because water was coming into their homes, forcing them to climb onto the roof to survive.

“The Mayor put out a call to anyone who had a boat to come to Houston and assist in rescues. There were boat and helicopter rescues happening 24 hours a day/every day. Some portions of the highway were turned into drop-off points for those being rescued by helicopter. . . . Our Mayor has faced harsh criticism for telling people to shelter in place, however he stands by his decision.”

“Most of the photos you have seen regarding the flooding in the Houston, Texas area is my neighborhood. I resided in this same area when Tropical Storm Allison hit which brought about 28 to 30 inches of water and we survived. . . . I was fearful of falling asleep because you don’t want to wake up trapped in a residence filled with water. On the very last day Hurricane Harvey was to impact our area, it looked as if the Bayou was going to breach its banks near the area close to me. That has never happened before. People have lost everything here. They have lost their jobs, cars, homes, family members, and their lives. Our death toll keeps rising. People have been reported missing, they are still finding bodies that were swept away, and trapped in homes. Evacuees rescued in Dickinson and the surrounding area were flown to Dallas. There were over 9,000 Hurricane Harvey evacuees in the George R. Brown Convention Center alone. NRG Stadium was also turned into a shelter.”

People have lost everything here. They have lost their jobs, cars, homes, family members, and their lives. Our death toll keeps rising.

The worst was not over, according to Davis, after the hurricane passed. In the cities of Houston and Katy, for example, one of the reservoirs began overflowing into the neighborhoods. “The decision was then made to release the waters from the reservoirs, intentionally flooding the homes that were nearby, to prevent the dams from failing. So, if you survived without any damage during the hurricane, your home was now going to be intentionally flooded within certain areas.”

What positive things arose from this destruction?  Davis describes how the community rallied to help. “I witnessed every day people step up and help their communities. People have been traumatized but are working through that to help their community the best way they can. The Cajun Navy from Lou­isiana saved so many lives. Companies sent massive trucks in to rescue people and transport them to shelters. Mosques opened their doors to evacuees, Gallery Furniture turned its store into a shelter. Hilton Furniture was transporting people in their company trucks to shelters. Harris County Greens like myself and my son Victor Mendoza of the GPUS Youth Caucus began to organize clothing drives. They went from residence to residence picking up clothes from those willing to donate to the hurricane evacuees. They knew something else had to be done because access to Houston was extremely limited and people needed help. Those affected by the hurricane lost everything so they were not able to make it to donation pick-up sites. Some places required you to have identification to get assistance.”

Davis and her son began a campaign in which Greens all over the country donated to help get supplies directly to the hurricane evacuees or areas that had not received any assistance from governmental agencies.

“The people helping those affected by the Hurricane and providing direct outreach to these neglected communities are individuals with a passion to help others and grassroots organizations. Robin Denise Harris is a Green I had direct contact with as well. She was in Texas that was actively on the ground helping communities with disaster clean up in Columbus, Texas and the surrounding area. She stated how some residents thought that she was with FEMA coming to help them.”

A week after Harvey, Houston remained in survival mode. “The roads were operational but some areas were still underwater,” said Davis. “People were gutting their homes and needing cleaning supplies. They were throwing everything out on the streets, but it was just sitting there. The debris had not been picked up and it was foul smelling and becoming toxic. They were going to send the evacuees that were currently at the George R. Brown Convention Center to Northwest Mall but changed their minds even though portable toilets had been set up there. The Red Cross came under a lot of criticism here for staying in five star hotels costing close to $200 a night. They claimed a portion of their website that had an area that distributed financial assistance to Harvey evacuees had crashed. However, the donation portion of the site was still up and running. People that were in the shelter came out with how the Red Cross handled donations that were received and a Kingwood Representative that is on our City Council went viral telling people not to donate to the Red Cross. School started back while some of the children and teachers had lost everything.”

When asked about what the future may hold for Houston, as rebuilding efforts commence, Davis said, “Houston will recover, rebuild, and become even more resilient than before. I believe there were lessons learned that will help our city be better prepared for when these events happen again in the future.” As of November many still had no government assistance. 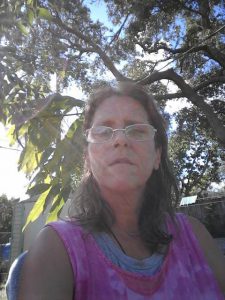 Joni Leviness, a Green from Oklahoma who has been caring for her mother in Hollywood, Florida since March 2015, weathered Hurricane Irma by staying in place, since her mother refused to evacuate.

“Listening to the local public radio WLRN on a transistor radio made me realize just how deep the need for connection is especially in times of turmoil. . . . What I heard mostly was all the systems that were so touted as being prepared were not, and the Woodlake Dam depth waters were ready to break free.”