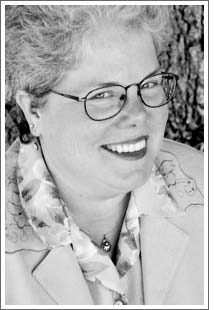 Before the sweep of days erodes the impressions of these past few months I am sharing what I experienced as a Green Party candidate for California’s 41st Assembly District, with hopes that my words may convey some insights into the journey of running for office.

We’ve all heard the facetious adage, “vote early and often.” Well, if one takes the leap and decides to campaign for an elected office, he or she instead needs to “run early and regroup often” in order to have the best campaign possible. As soon as those papers are pulled, the gun goes off and the treadmill starts rolling, with a logarithmically increasing pace until Election Day arrives.

It is wise to develop task-oriented skills and to accomplish as many tasks as possible, as soon as possible, in order to avoid stress and/or potentially missed opportunities. Deadlines that sound so distant have a way of pouncing on one’s psyche the night before they arrive. Case in point: collecting signatures in order to qualify to run can become a full time job if one is so inclined. Another example is adhering to the never-ending schedule of filing deadlines that the Fair Political Practices division of the Secretary of State’s office requires. How would you like to do your taxes every few weeks?

Perhaps the biggest challenge though, to becoming a candidate is just that, to self-identify as a candidate and to undergo the psychological metamorphosis necessary to proclaim oneself as running for office, to not shy away from the responsibility or the challenge and to develop the confidence that in a democracy, it is possible and should be more common for ordinary citizens to strive for such a goal. One also has to develop a response and rationale to address the confusion, skepticism and even disbelief on the part of others when one announces one’s intentions publicly.

Indeed, in order to undertake this mantle of “candidate,” it helps to be part masochist and part type A personality! Declaring one’s candidacy can sometimes be likened to painting a target on one’s self as the disparagement rolls in from political adversary and supposed ally alike. Yet, despite this and the hectic, unpredictable nature of the milieu, we candidates feverishly persist, driven by our commitment to the cause, hopefully an altruistic, and not personally ambitious, one. We adopt a sense of urgency, based on our utter commitment to the philosophical underpinnings of our party’s platform and the need to take a stand for them.

When one assumes the role of candidate, another aspect of one’s personality can emerge. There is the pre-candidate personality, which represents the individual’s cosmology and ethics. But, then, the candidate personality develops, which represents the party’s values and constituency when one is functioning as the representative of that party, at candidate forums, interviews, and social events. One needs to comport oneself with extra professionalism, diplomacy and presentability so that the party will be perceived as credible and worthwhile in order to advance our ten key values and platform. It is an added responsibility and an important part of leadership and, if kept in mind, should keep one humble in the face of the temptation to become politically ambitious. It may also keep one accountable to the honor of serving as a leader and to not succumb to the banalities of mere politicians bereft of a larger common vision.

One needs to comport oneself with extra professionalism, diplomacy and presentability so that the party will be perceived as credible and worthwhile in order to advance our ten key values and platform.

The sacrifices and inconveniences inherent in campaigning are, for me, like a form of political sundancing, for those familiar with that Plains tradition.

There often is an economic burden in the form of lost work hours due to campaigning. Sleep deprivation definitely is involved because of heavily booked schedules and time spent studying the issues, formulating a platform that does justice to the party and addresses the concerns of voters, writing cogent responses to questionnaires and preparing for interviews and forums – again to be credibly prepared.

Stress levels soar with the unexpected demands and short deadlines that a campaign presents. One’s social life is put on hold while campaign commitments temporarily take precedence. Anxiety and emotional vulnerability have to be kept at bay even though they are ever present lurkers, whispering doubts about how the press will cover your campaign, if at all, and how you will answer “the tough questions” during an interview or forum.

Running for office entails “putting yourself out there” to endure any verbal assaults that can potentially come your way. Then, if and when a personal crisis hits during campaign season, one is challenged to muster the courage to put one’s feelings on hold for the sake of the party and continue with the rigors of campaigning. The voters need to see and the party needs to present a stable candidate.

The Green Party community makes all of the above manageable, though. Guidance from seasoned Greens, support from friends and colleagues, advice from mentors, volunteers who donated time and skills, gratitude from fellow Greens for placing myself on the ballot, and campaign contributions to help get the word out about our campaign made all the difference. I am so lucky to have so many good Greens in my political and friendship circle! It is also important to develop self-care skills to help you cope with all of the above so that the experience becomes an overall positive one.

You know that feeling you get when you’re on a roller coaster and you’re right at the threshold of the big, final drop after whirling up and down and all around? Well, as a candidate, that’s sort of how you might feel the day before the election! You’ve done all you can do and now it is time to let go, give out a yell if you want, watch the returns and savor the exhilaration of the moment, knowing that you made a difference for the better, if only to participate in the dialogue and increase voters’ awareness of the issues and to let the world know that we Greens are here to stay!