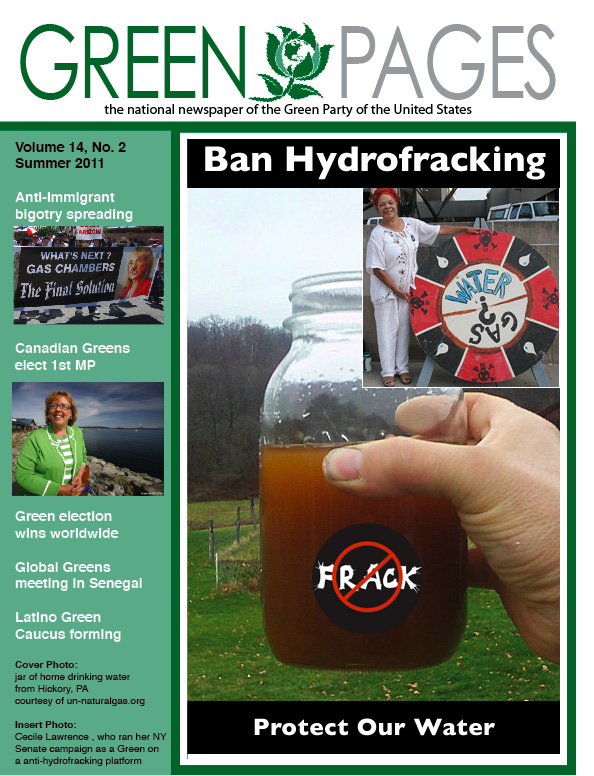 The 2011 Summer  issue of Green Pages celebrates a return of our print edition, just in time for our 2011 Annual National Meeting. The ANM coincides with the biannual NY Greenfest which will take place on the campus of Alfred University August 5 to August 7.

Featured topics in this issue fighting anti-immigrant xenophobia in Arizona; campaigns by Greens in Pennsylvania and New York to protect water supplies by banning hydrofracking; the historic electoral victory of Elizabeth May in Canada; reports on electoral success in the United States and reflections by Brent McMillan, the former Political Director of the Green Party.

This issue also includes an updated version of Democracy is Coming (1.05 mb). The full PDF version of this issue can be downloaded here (2.02 mb).