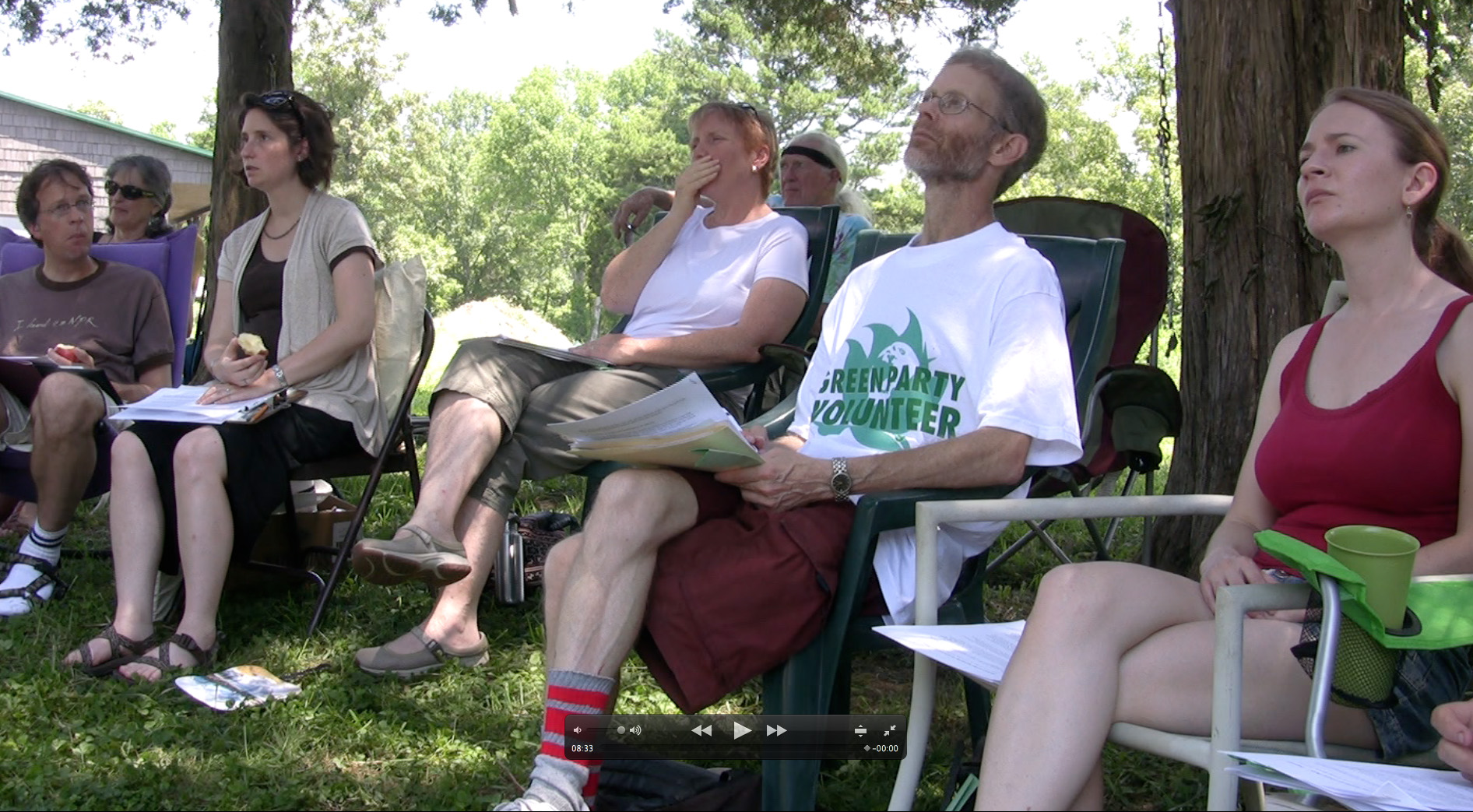 As Kentucky Greens are trying to get established by creating a state entity and organizing into local groups, they have already had to tackle some difficult political issues. Shortly after holding their first statewide convention, they were asked to endorse a candidate that represented some of their platform, but not all of it.

At first the Kentucky Greens voted not to endorse the Independent candidate running for Kentucky governor. After some time and a lot of debate however, the Executive Committee changed their vote and endorsed the Independent candidate, Gatewood Galbraith. The committee felt that Galbraith had stood firm in opposing mountaintop removal coal mining. Founding Green member Geoff Young said despite some environmental groups still opposing Galbraith for his stance on other issues, the Kentucky Green Party (KGP) recognized he was the only candidate strongly against this form of coal mining, which has become a top environmental concern in that region.

Greens decided to get together and become a state party because of the disappointment with the two major parties and that there was no alternative here in the state. ~ Geoff Young

Having its founding state convention in Lawrenceburg at the end of July 2011 with 14 members attending, the KGP approved by-laws with a strong emphasis on the ten key values and adopted the Green Party of the United States’ platform. Young said the Kentucky Greens are “pro-environment, pro-working people, pro-diversity, and pro-peace.”

The KGP is now working towards getting accredited with the national party. They need to establish local groups throughout the state and have one starting in Lexing­ton and maybe in Louisville. Young said they are a little daunted as the Kentucky Board of Elections lists nearly 500 registered and when the executive committee sent postcards to all registered Greens they only received six confirmations back and 100 with no known address. He said Ken­tucky is an overall conservative state, so organizing locals could be difficult. “Greens decided to get together and become a state party because of the disappointment with the two major parties and that there was no alternative here in the state,” Young said. Initially they contacted a lot of environmental organizations. Many were galvanized over the mountaintop removal coal mining that is rampant in Kentucky.

As the small Kentucky group struggles for existence, it has tried to run candidates. Young himself ran as a Green for a seat on the state House of Representatives, but dropped out before Election Day. “I have to say it was really stressful to do the fundraising and ask for money to run a good campaign.” The KGP is currently considering running a Green candidate for U.S. congress.

The KGP’s plans for the future are to put together strong Green campaigns, organize on the local level, and get ballot signatures for the upcoming presidential campaign.

For more information of the Kentucky Green Party go to: http://kygreenparty.org/

Greens gather from around the world
Mike Feinstein April 18, 2012