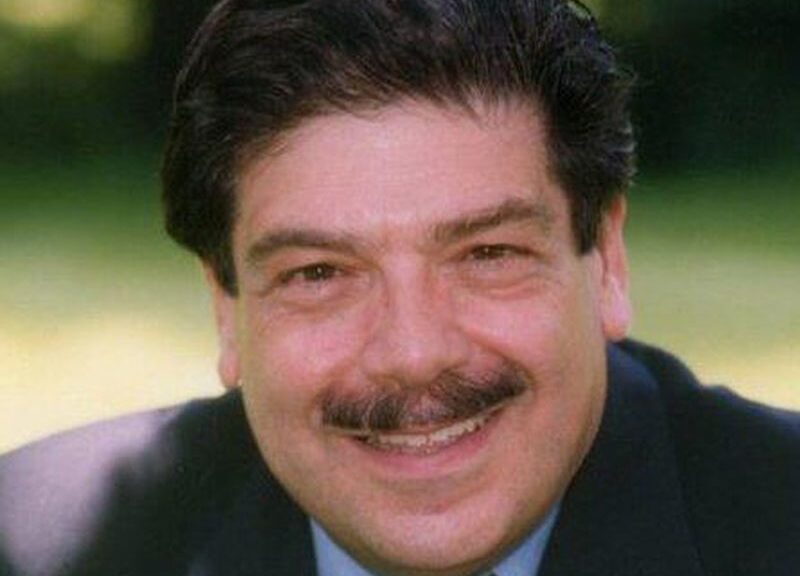 S. Michael DeRosa, 75 years of age (January 4, 1945 – October 16, 2020) of Wethersfield, CT died October 16, 2020 at Hartford Hospital due to exacerbation of his chronic conditions. He was the loving husband of Barbara Barry DeRosa (originally from North Babylon, NY). Michael was the first born son of the late Michael and Alice Bango DeRosa of New Haven and brother to Ronald J. DeRosa of New Haven. Mike pursued various interests throughout his life.

He graduated from Notre Dame High School in West Haven, CT and was a 1966 UCONN graduate in history. He taught 4th grade in New Haven Public School system; sold life insurance for a few years; spend 2 years in VISTA (Volunteers In Service To America) in Camden, NJ. And while there enjoyed the various neighborhoods, book stores and art museums in Philadelphia); worked in Safety Electric (a Hamden, CT factory) making the batteries/ structures for the San Francisco BART subway cars and negotiated a pay raise as a chief steward there; then 4 years in a New Haven community development organization.

He returned to UCONN in the mid-1980’s to explore becoming a RN and worked as a licensed CNA for several years.

He researched, produced and broadcast a weekly radio program on WHUS starting in 1985 after acquiring his F.C.C. (Federal Communications Commission) license to work in radio 10-5-1984 and since 1985 continuously researched, produced and broadcast his weekly radio program: ‘New Focus’ initially at WHUS (UCONN, 91.7FM), then added WWUH (University of Hartford, 91.3FM) and WESU (Wesleyan 88.1FM). The recent pandemic closed these schools so broadcasting has been curtailed.

Mike and Barbara met in February 1974 and married 8-25-1984 at UCONN. Barbara (became a RN after graduating in 1967 from St. John’s Queens (NY) Hospital School of Nursing school) then graduated with a B.S.in Nursing from UCONN in 1986.

Mike worked for AAA in the 1980’s then sold computer systems to restaurants and bars until his retirement in 2010. He pursued his art interests: numerous painting and sculptures initially with the Visual Artist’s Cooperative in New Haven in 1979-1984 and then as an individual with art shows throughout CT until recently.

Mike was the founder of the Green Party of CT in 1996 following his interview with a couple about their desire to start the CTGP. But soon in the interview, he realized that the GP concerns and solutions were the most comprehensive to date to his concerns and solutions. So he left encounter and four months later connected with Christopher Reilly, Joyce Tainor and Ana Lasher and organized the CT Green Party in Hartford then formed the CTGP and established most of the chapters throughout the state by working with people with whom we shared similar issues and solutions. It evolved to the present. Mike worked on the Nader for GPUS President campaigns back in 1996 and 2000.

Even before that, he had a history of activism. He volunteered and was regional delegate and national delegate for: the Eugene McCarthy campaign of 1976 and for Barry Commoner’s Citizen’s Party campaign of 1980. He was campaign manager for Elizabeth Horton Scheff, GPCT member of the Hartford City Council from 1991-1995 and 1999 to 2003. Mike served as co-chair of the Green Party of CT from 2003 to 2020. As co-chair, he drew criticism for continually running for re-election and for holding the party to an ethical set of principles, as he was dedicated to the survival of the party, organizing meetings month after month for years, tape recording the proceedings to ensure transparency, and speaking forcefully against proposals that he felt would be harmful to the party’s integrity. He served on several Green Party of the US (GPUS) committees, notably the Ballot Access Committee and the Peace Committee.

He has been a speaker at Peace Conferences with other international organizational speakers; was one of the millions of people at the NYC and Washington, DC anti-war protests against the wars e.g. the war in Iraq and spoke at anti-nuclear demonstrations e.g. in Waterford, CT. He reported about the 4am official CT legislative meeting regarding the various financial benefits the CT electric company would get with a bill (which was passed). From 2000 to 2018, Mike ran as a GPCT candidate ten times for public office, winning as much as 11% of the vote: four times for State Senate District#1 (southern Hartford and northern Wethersfield) against the incumbent: Senator John Fonfara (D); twice for Congressional District #1 against the incumbent, Representative John Larson (D), and four times for Secretary of the State. He engaged the candidates in thought- provoking and informative debates.

In 2006-2010, he partnered with the ACLU as a plaintiff and with the GPCT itself as a plaintiff, by spearheading a legal challenge to CT’s Citizens Election Program, which discriminates against minor party candidates and minor political party’s access to public campaign money. In August 2009, Federal Judge Underhill found in favor of Mike and the GPCT because it violated the 1st amendment (free speech) and the 14th amendment (equal protection under the law) to the U.S. Constitution. The State of CT appealed to the U.S. Second Circuit Court in NYC, where the State of CT won. The ACLU/GPCT/et. al. petitioned Judge Ruth Bader Ginsburg who took it to the whole court for possible SCOTUS review. But the court declined to do so.
greenpagesnews.org/2009/10/13/reversing-the illusion-of-change

The 2016 GPCT petition drive to reacquire the GPCT presidential ballot line was directed by Mike with the work of hundreds of people, about half CT volunteers and half paid petition collectors. The Libertarian Party (of CT) won a February 2016 legal challenge to CT regulations which required that (the person circulating the petition and asking for signatures) ‘had to be a CT citizen”. The court found that since the petition was for a nation-wide position, CT regulations were not valid. This enabled the GPCT to use out-of-state US citizens to circulate the GPCT presidential petition form. Enough valid petition signatures were acquired. Jill Stein and the VP candidate, Ajamu Barala, garnered enough CT votes (greater than 1%) in 2016 to maintain the presidential GPCT ballot line for 2020.

Mike’s persistence interactions with various political parties, loyalty, and commitment to democracy will be missed in Connecticut’s political circles. Early on, Mike also promoted, worked and met people in other states to organize Green Parties there. He urged people to join the GPUS/or their own state GPs, if their solutions to concerns aligned with the GPCT/ GPUS 10 Key Values. Typically these people did.

In 1979, Mike organized V.O. T. E. R. (Voter Opportunity Through Election Reform) with included Rebecca Mercuri a computer scientist specializing in computer security and computer forensics. She was then and remains a leading expert on electronic voting. She came to CT as guest speaker at a V.O.T.E.R. event to promote the voter-verifiable paper audit trail (known as the Mercuri method) which V.O.T.E.R. was promoting in the CT legislature. The bill was passed but criteria has been incrementally changed over time. When Mike spoke with her about a year ago, she reportedly stated that current regulations about voter-verifiable paper audit trail have been drastically decreased. She founded and continues to work at Notable Software a computer and forensics company. She was an expert witness in the 2000 case Bush v. Gore