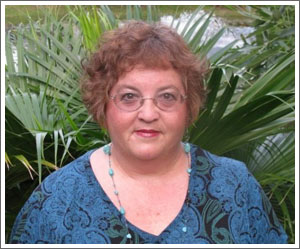 When a friend suggested I run for office as a Green in June of 2009 I thought, “No, definitely not me.” I wanted to serve, but not that way. “Why not?” he asked. “I have no money, no backers, no way to promote myself, not the right resume, not the right hair-do,” plus a myriad of other reasons that I listed for about five minutes. All excuses.

Friends said I could try for something “winnable” — a local seat. I found out the Hillsborough Soil and Water Conser­vation Board would have three seats available for the 2010 election. Even easier were the two ways to qualify: collecting 25 signed petition cards or paying $25. I chose the latter.

I won a seat on the board with 82,404 votes, which was 37.74 percent of the total votes cast, running against four opponents, in a non-partisan election. Less than $300 was spent on the campaign.

Here is how I did it. I found it was easy to file, to acquire a treasurer and to put to­gether a website on NING, which cost less than $25 a month. Sched­uling events and being in the public as much as possible was ac­tually better than going door to door in this county. I found balancing a work and personal schedule with a campaign schedule was possible by going to where the people were, rather than spending the time and money going door to door in a huge voting area. Going door to door may work in smaller voting areas and with campaigns that have the money to spend. But with gasoline prices becoming more expensive, going door to door is impossible on a small budget. Green markets and any other “green” event became places where I could show up, pass out flyers and actually meet lots of people face to face.

I had already set up my social networks and was interacting with lots of people. Many knew me previously from the work I had done on the Kucinich 2008 campaign and the Power to the People Committee, Cyn­thia McKinney’s presidential campaign. A Facebook site was a major necessity. My­Space used to be also, but the site has lost its steam, is not user friendly anymore, and few people use it to network. I revamped all my other social networking sites, which included NING, YouTube, Twitter, a writer’s page on www.op­ed­­news.com, a blog on www.blogspot .com. I created a new Face­­book Fan Page.

The way candidates use these sites is a crucial element in running low budget campaigns, which are the only type Greens can afford. In setting sites up, it is important to keep the branding (color, design, identifying elements) consistent, so that one’s pages and sites are easily recognized. But the key is keeping the sites CURRENT with new information, interactions with people, who visit the site, or with members, posting of articles, events, pictures, blogs and videos. It is a constant, daily task — to check into each site/ social network to post something or communicate with someone or answer inquiries. Allow people to ask questions or post a comment in response.

Coordinating events and actions with the social networks is a must. I started to work very diligently on these social networks around the time of the planning for the first event for Hands Across the Sand, a state­wide initiative meant to coordinate with the vot­ing on oil drilling legislation in Talla­has­see, which I started to organize in October of 2009 by putting up a Face­book Event Page and then creating links to it. (See www. handsacrossthesand.com).

Being associated with events that showed my concern for the environment helped people to remember me when they were voting for Soil and Water Board commissioners. A little more than two months later the Gulf Oil Spill re­minded them that I had been addressing the problem.

As fall of 2010 be­gan, I geared up to at­tend events, speak to people, be wherever the voters were, and answer questions from people who inquired through the social media or on the phone. Keeping these doors of communication open and actively organizing events through them, plus using them to let people know where one will be on a given day, one’s take on an issue, or any other information that a voter wants, were the key’s to my success as a candidate.

Less than $300 was spent on the campaign

2 thoughts on “How I went about winning a campaign”